Game of life is my way of keeping myself entertained and focused. Ever since I could afford to have a lifestyle, I've set myself peculiar interests.

While year-long resolutions don't really work out in general, I've figured a way to deal with it. Gamified my daily life. I don't set targets; instead, I made them habits.

The thought formed somewhere in 2016. I was living so randomly, and to take control, I've designed a short game.
I'd roll a dice at the beginning of the month, and whatever number comes, I've to write those many stories/posts. It worked, decently. 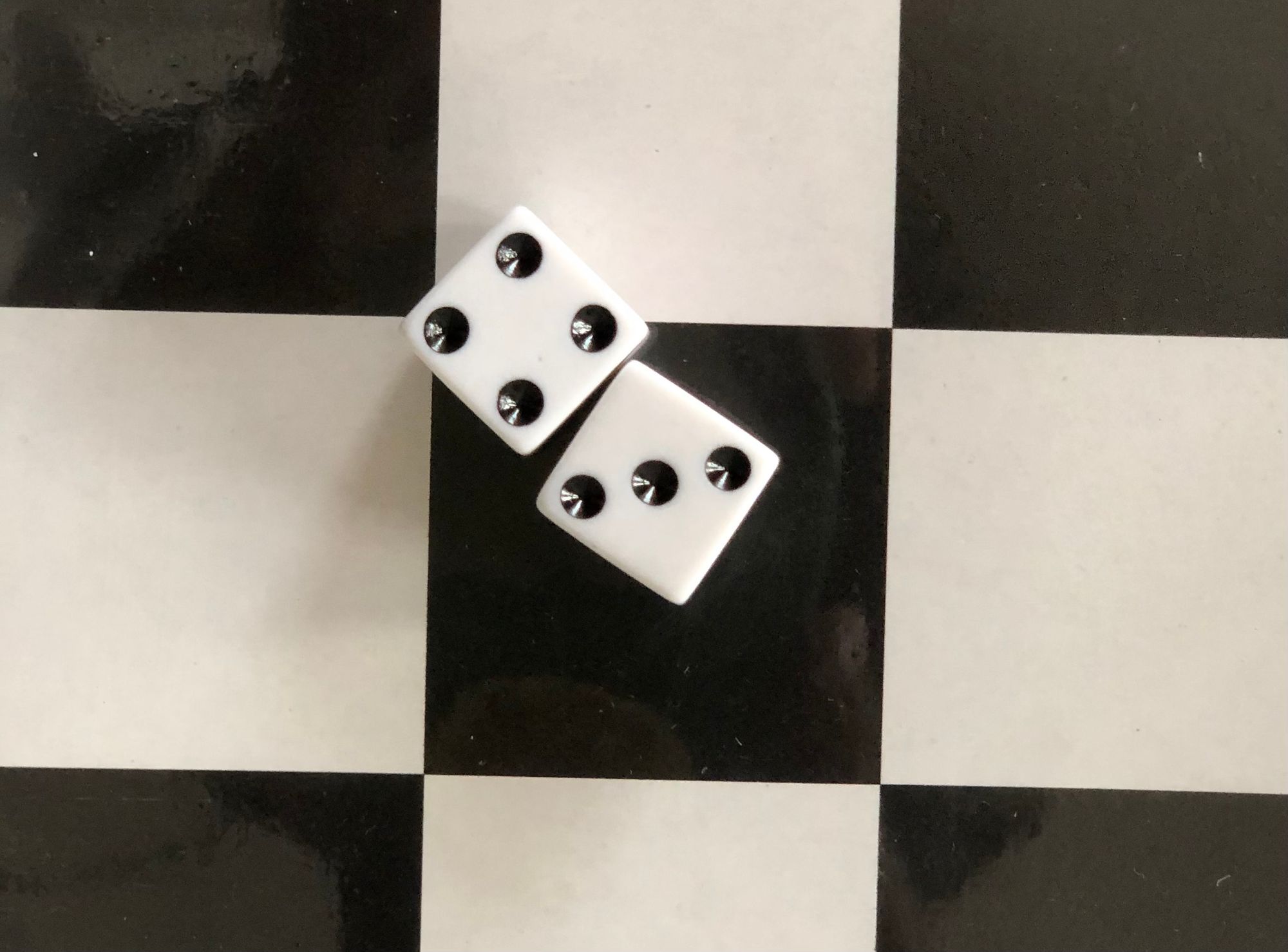 In '17, I've assigned an activity to each letter in the alphabet. I usually meet at least one new person a month. I took the first letter from their name and did the action against that letter. While it worked, some of them were obviously repetitive. I met a lot of Rameshs and Sureshs I guess ;)

In '18, it was simple. I've to read a random Wikipedia article a month, based on a random object in my house. I read interesting things, and the best was an article on Time. I used to be in rabbit-hole few months. It worked reasonably well, some weren't interesting reads though.

In '19, it was to write behind the bills. Every time I got a copy of the invoice, I wrote a small story behind it. You can read some of them here. 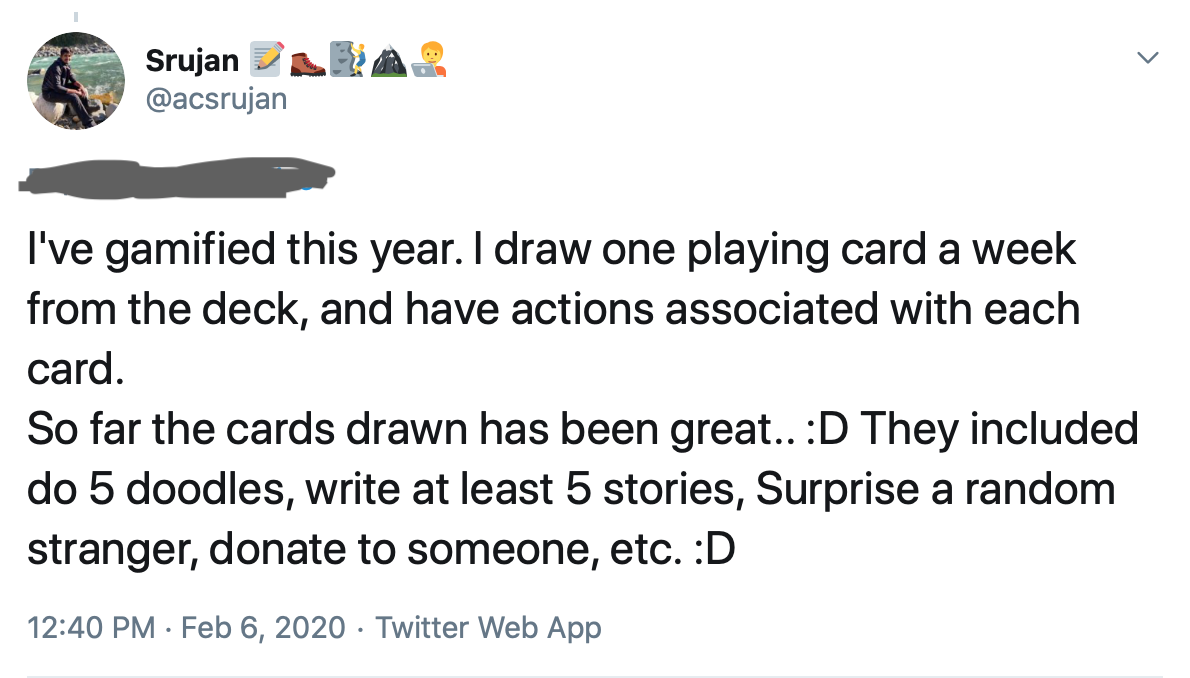 Then came the pandemic, I lost the game when some cards say, "book tickets for next trek".

Now when I think back, the games are helpful to keep myself entertained and gamifying life isn't a common practice for many of you.

While my objectives behind each card aren't relatable to you all, I hope you can personalise this for you and draw a card a week with 5 things to do.

Thanks and let me know if you do this. :)